N+ONE  takes your entire project in hand, from the definition of your requirements to delivery. Our certified team designs, coordinates and executes your project from A to Z, to deliver your highly compliant turnkey Data Center.

Coverage of the whole life cycle;

Developing a full sized Data Center from scratch is a highly complexe project that can easily employ up to a dozen different contractors.

When you work with us you only ever talk to ONE provider from the order to the delivery.

We can accomodate any size:

INTEGRATED MANAGEMENT FOR A GUARANTEED RESULT :

Uptime Institute is an unbiased consulting organization focused on improving the performance, efficiency and reliability of critical infrastructures through innovation, collaboration and independent certification. 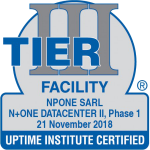 The Green Grid Association is an open, not-for-profit industry consortium of 501 users (c) (6), policy makers, technology providers, architects, and utilities. efficiency of data center resources worldwide. They offer the data center expertise that governments turn to for industry information and advice, exercising the combined influence of a diverse group of ICT industry leaders.

The company was founded in 1961 in Rittershausen by Rudolf Loh and is a member of the Friedhelm LOH Group, of which it is the largest subsidiary.

Today RITTAL is the world leader in the market of technical enclosures (electrical cabinets, electronic racks, 19″ ) which is its historical business. This activity is also part of the Friedhelm LOH Group, the second largest steel consumer in Germany after the Volkswagen Group.

le Legrand brand is a French industrial group historically located in Limoges in the Limousin region of France and one of the world leaders in products and systems for electrical installations and information networks.

The Group recently launched an upgrade of its wiring device offer with the launch of high-end products: Axolute in Italy, Céliane et Art (for the Arnould brand) in France (design and technological switches – integrated home automation – in interior decoration) and Arteor in Asia.

The Group is also developing its offerings around sustainable development and energy savings with a protection offer for photovoltaic installations and a lighting control offer.

In France, the Legrand catalog (300,000 copies distributed) is a reference in electrical installation.

Cummins Inc. is a U.S. company that designs, manufactures and distributes diesel and natural gas engines and related products such as filters and turbochargers.

Founded in Columbus, Indiana in 1919 by Clessie Cummins, the company reported sales of $17.3 billion in 2013 and employed 33,700 people. It is listed on the New York Stock Exchange.

In its early days, the company specialized in the industrialization of the internal combustion engine invented 20 years earlier by German industrialist Rudolf Diesel, but despite several widely publicized trials, it was not until 1933 that it managed to launch its first truly popular model on the market: the H diesel engine, which equipped locotractors.

With the post-war highway boom in the U.S., Cummins established itself as the leader in heavy-duty truck engines with the N-type diesel engine, with more than 50 percent market share between 1952 and 19594. In the 1960s, the company opened a European plant in Shotts, Scotland. By 2013, they are established in 197 countries. 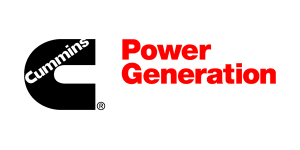 Grundfos is a Danish company specializing in pumps, founded in 1945 and based in Viborg (Bjerringbro was the former municipality that merged with others to form Viborg).

Originally named Bjerringbro Pumpefabrik after the town where it is located, the company has chosen the Archimedes’ screw, a rustic means of pumping, as its logo from the beginning.

With an annual production of more than 16 million pumps, this represents 50% of the world market for pumps. Today Grundfos has developed in different business sectors: Buildings, industrial solutions, OEM, water supply, waste water.